Tom Alter died on Friday night due to stage four skin cancer. The actor, who had a flourishing career both in cinema and theatre, was bestowed with the Padma Shri earlier.

Veteran theatre and film personality Tom Alter died on Friday after losing his battle against stage four skin cancer in Mumbai. The 67-year-old is survived by his wife Carol, son Jamie and daughter Afshaan. According to a statement released by his family, the actor died on Friday night. “It is with sadness we announce the death of Tom Alter, actor, writer, director, Padma Shri, and our dear husband and father. Tom passed away Friday night at home with his family and close family members in attendance. We ask for their privacy to be respected at this time,” the statement read.

Last year, Tom Alter had amputated his thumb due to the condition. However, he had refused to slow down. In contrast, the actor while showing his thumb had said, “All is well. I have never stopped in any direction – television, theatre, films… since ’74, non-stop! I have been doing so many things. Right now there are 20 films of mine which are ready to release. I have recently shot a powerful web series in Goa, and now about to start shooting a new film with Ram Gopal Varma.” Tom Alter was born to American parents in Mussoorie and studied at Woodstock School and Yale University. With a gold medal in acting from Pune’s Film and Television Institute, Alter debuted in Bollywood with director Ramanand Sagar’s Charas in 1976. 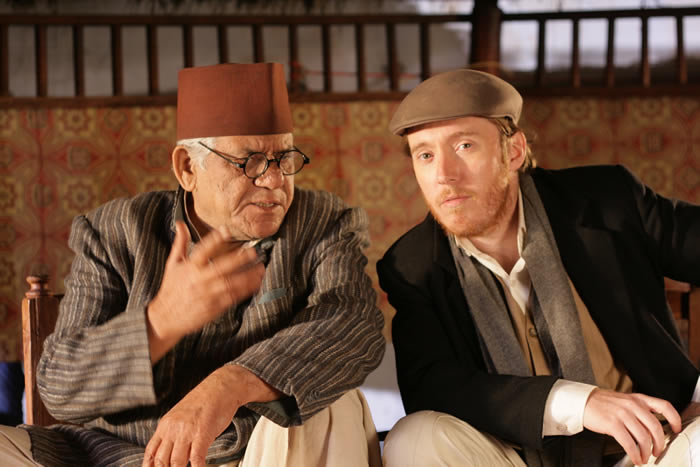 He played Dharmendra’s boss in the film. Later, he went on to work in films like Satyajit Ray’s Shatranj Ke Khiladi and Manoj Kumar’s Kranti. He went on to work with renowned directors such as V Shantaram, Hrishikesh Mukherjee, Subhash Ghai and Manmohan Desai. It was Chetan Anand who gave him his first break in the Dev Anand-starrer Saheb Bahadur. He was also famously known for playing the gangster Keshav Kalsi in the hit soap opera ‘Junoon’, which ran for a record five years during the 1990s. His other popular television stints included Bharat Ek Khoj, Zabaan Sambhalke and Betaal Pachisi.

He later acted in several foreign films too, notably Richard Attenborough’s Gandhi and One Night with the King. Alter also had a flourishing stage career, and was among the most respected names in the Indian theatre circuit. His portrayal of Mirza Ghalib and Maulana Azad won him accolades from all quarters. His other important plays include ‘Babur ke Aulaad’, ‘Lal Qile ka Aakhri Mushaira’, ‘Ghalib ke Khat’, ‘Trisanga’, ‘Teesveen Shatabdi’, Copenhagen’ and the theatrical reproduction of William Dalrymple’s ‘City of Djinns’. In 2008, he was bestowed with the Padma Shri, the fourth highest civilian honour of India, for his service in the field of arts and cinema. Apart from acting in over 300 movies and numerous TV shows, Alter was a sports journalist for a brief while at the start of his career. He was the first person to interview Sachin Tendulkar for TV when the cricketer was yet to debut for India. His sudden death came as a shock to the film fraternity. Bollywood actress Nimrat Kaur shared her condolences on Twitter: “Waking up to some tragic news about the passing away of Mr. Tom Alter. A one of a kind, grace personified, thorough gentleman. #RIPTomAlter”.

Waking up to some tragic news about the passing away of Mr. Tom Alter. A one of a kind, grace personified, thorough gentleman. #RIPTomAlter